Via  Knuckledraggin My Life Away 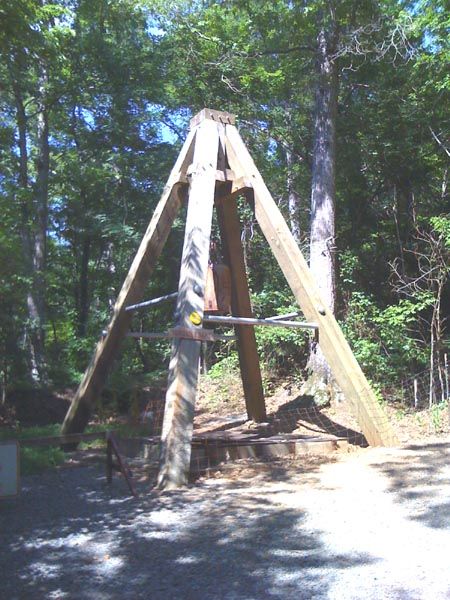 The Reed Gold Mine in Cabarrus County, North Carolina is the site of the first documented gold find in the United States. It would lead to the first gold rush—a half-century before the major Western rushes began.

Prior to this first find, the Spaniards had vainly sought large gold deposits in the southern Appalachian Mountains, and the English colonists searched to no avail for reported Spanish and Indian mines. But it was not until 1799 that significant deposits were discovered. In that year, Conrad Reed, the 12-year-old son of John Reed, found a gold nugget while playing along Little Meadow Creek that ran through his father’s farm. John Reed at first ignored the discovery, using the large 17-pound yellow rock as a doorstop in the Reed house.