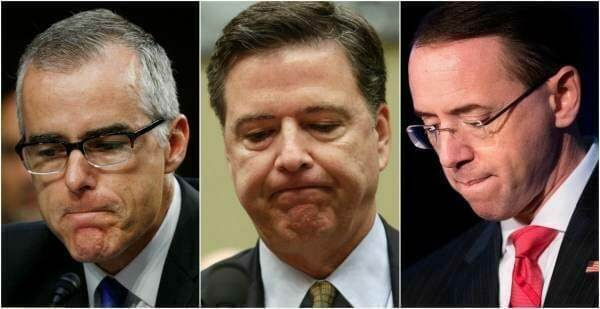 In a letter published Friday, Rep. Paul Gosar (R-AZ) announced he will seek the criminal prosecution of FBI and Justice Department officials in response to the “treason,” laid out in the recently released FISA abuse memo.

“The FBI knowingly took false information from the Democratic National Committee and the Hillary Clinton campaign and then used it to smear Donald Trump in order to hurt his campaign,” wrote Gosar.

“The full-throated adoption of this illegal misconduct and abuse of FISA by James Comey, Andrew McCabe, Sally Yates and Rod Rosenstein is not just criminal but constitutes treason,” Gosar continued.

Trump Attorney: " What a breach of trust to the American people "