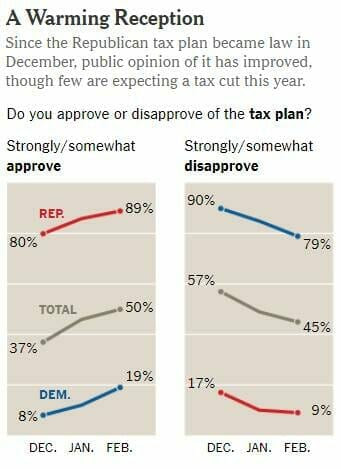 In December after weeks of negative press by the far left mainstream media the polling for Republicans looked bleak.
Only 33% of Americans supported the Trump tax cut.

52% disapproved of the tax cut.

One month later Republicans are down only 5 points after passing the Trump tax cuts.

A new poll from the far left New York Times has a majority of Americans now approve of the Trump tax cuts.