Destruction and Desolation Rather than Peace 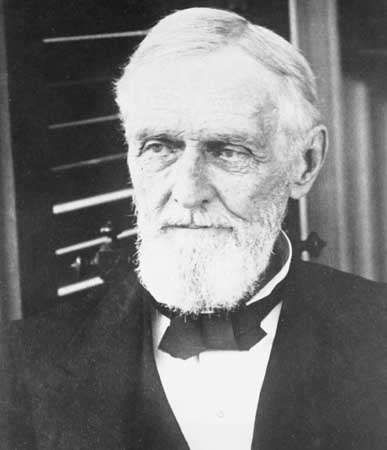 By the spring of 1864, war weariness and long casualty lists at the North were bringing hope to the possibility of peace negotiations through an emerging Northern peace party. Though several previous peace initiatives had failed due to Lincoln’s intransigence, President Jefferson Davis again sought opportunities to end the bloodshed.
Bernhard Thuersam, www.Circa1865.org   The Great American Political Divide

Destruction and Desolation Rather than Peace

“The cause of the South could no longer be submitted, to the arbitrament of battle unaided [by foreign intervention]. The opening campaign of the spring of 1864 was deemed a favorable conjuncture for the employment of the resources of diplomacy.

To approach the Federal government directly would be in vain. Repeated efforts had already demonstrated its inflexible purpose not to negotiate with the Confederate authorities.

A commission of three gentlemen was appointed by the President to visit Canada with the aim of negotiating with such persons at the North as might be relied upon to facilitate the attainment of peace.

The Confederate commissioners, Messieurs Clay of Alabama, Holcombe of Virginia, and Thompson, of Mississippi, sailed from Wilmington, North Carolina [in April, 1864], and arrived within a few weeks on the Canadian frontier in the execution of their mission. A correspondence with Mister Horace Greeley commenced on the twelfth day of July, 1864.

Through Mister Greeley the commissioners sought a safe conduct to the Federal capital. For a few days Lincoln appeared to favor an interview with the commissioners, but finally rejected their application, on the ground that they were not authorized to treat for peace. The attempted negotiation was a failure, and peace was impossible.

Meanwhile the war raged without a sign of abatement. Generals Grant and Meade attacked General Lee at Wilderness, Virginia, on May 5-6, and at Spotsylvania Court House, Virginia, from the 10th to the 12th of May. General Sherman attacked General J.E. Johnston’s army at Resaca on May 14; Butler attacked Beauregard at Drewry’s Bluff, Virginia, on the 16th of May; Grant and Lee fought at Cold Harbor on June 3 . . . and General Sherman occupied Atlanta, Georgia, on September 2, 1864.

The South began to read its fate when it saw that the North converted warfare into universal destruction and desolation. Long before the close of winter, popular feeling assumed a phase of sullen indifference which, while yet adverse to unconditional submission to the North, manifestly despaired of ultimate success. The people viewed additional sacrifices as hopeless, and anticipated the worst.”