Gorka to Grassroots: Trump Is the ‘Kryptonite of Political Correctness’ 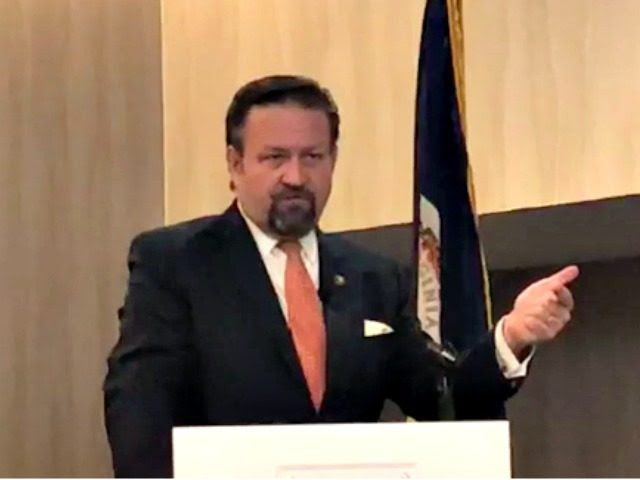 President Donald Trump is the ice-breaker ship that broke through 30 years of thick permafrost, according to former Trump administration official Dr. Sebastian Gorka, who called on 200 grassroots activists to be the flotilla that keeps the ice from reforming behind him.

“We as a country have been frozen over for the last 30 years. There’s a massive, thick layer of permafrost, which was called political correctness … in media, education, in politics, even some parts of business,” Gorka told the Middle Resolution crowd in Richmond Virginia this week.

The audience was asked to think about how, under President Barack Obama, the government determined which sex can use which bathroom “and that boys could shower with girls if they felt they were a girl.”

Gorka used the illustration of an ice-breaker ship to represent President Trump, the “kryptonite of political correctness.” Trump sees a massive layer of ice and “like a million ton ship with a tungsten hull he just smashes through it and breaks a path forward to freedom.” But the physics of ice breaking dictates that a flotilla must come up behind the ice breaking ship. If it doesn’t, “almost instantly” the ice smashing ship will be surrounded by broken ice that quickly refreezes around the ship, re-forming to close off the sea lane that the ship just created. A following fleet prevents that from happening.

“You are the fleet,” Gorka told the crowd:

Dr. Gorka explained that President Trump “is the most powerful man in the world, but he’s only one man.”