Hamas Leader: 50 of 62 Gazans Killed During Border Riots Were Our Members 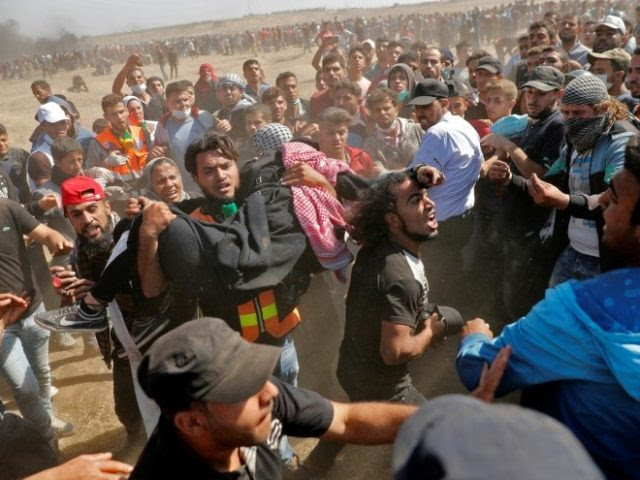 The Times of Israel reports: A Hamas official on Wednesday acknowledged that 50 of the 62 Palestinians reported killed during Gaza border riots on Monday and Tuesday were members of the Islamist terrorist group, bringing the total number of known members of terror groups among the fatalities up to 53.

“In the last rounds of confrontations, if 62 people were martyred, 50 of them were Hamas,” said Hamas official Salah Bardawil in an interview with the Palestinian Baladna news outlet.

The Iran-backed Palestinian Islamic Jihad had said on Tuesday that three members of its Saraya al-Quds military wing were killed by Israeli forces in Khan Younis.