Goodlatte: Peter Strzok Refused to Testify About Any Talks with Fusion GPS 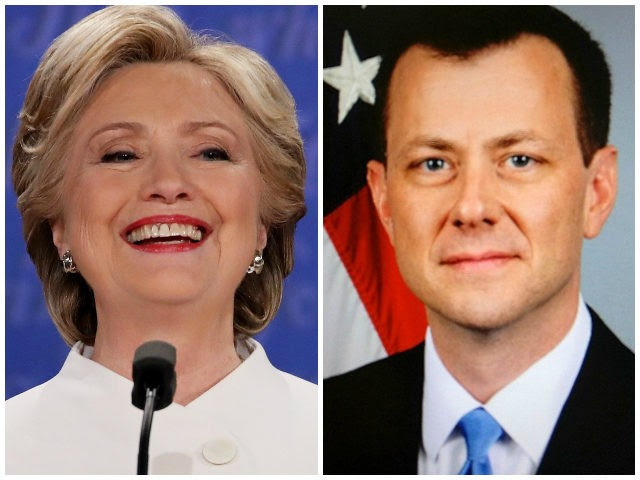 House Judiciary Committee Chairman Bob Goodlatte (R-VA) revealed that during his closed session interview with the House Judiciary and Oversight committees, former FBI official Peter Strzok refused to answer multiple questions, including whether he communicated with the author of the discredited anti-Trump dossier or with the firm paid by Hillary Clinton’s campaign to produce the infamous dossier.

Goodlatte made those revelations during the televised portion of Wednesday’s hearing.

At that section of the hearing, Goodlatte stated (emphasis added):


We went through a lot of questions about a lot of things for which we got answers, but we were also stymied time and time and time again because the FBI counsel instructed him not to answer because it was, as she called it, an ongoing investigation.  Now we have an ongoing investigation here as well.
…
Mr. Strzok was expected to answer questions regarding his involvement in both of these investigations. Not from this standpoint of the substance of the investigation but from the standpoint of what his role was in a contemporaneous time with some of the most unbelievably, outrageously biased, vulgar texts that he was exchanging at the same time that he was being introduced into this investigation