How the low, slow A-1 Skyraider earned its place in the hearts of US troops in Vietnam 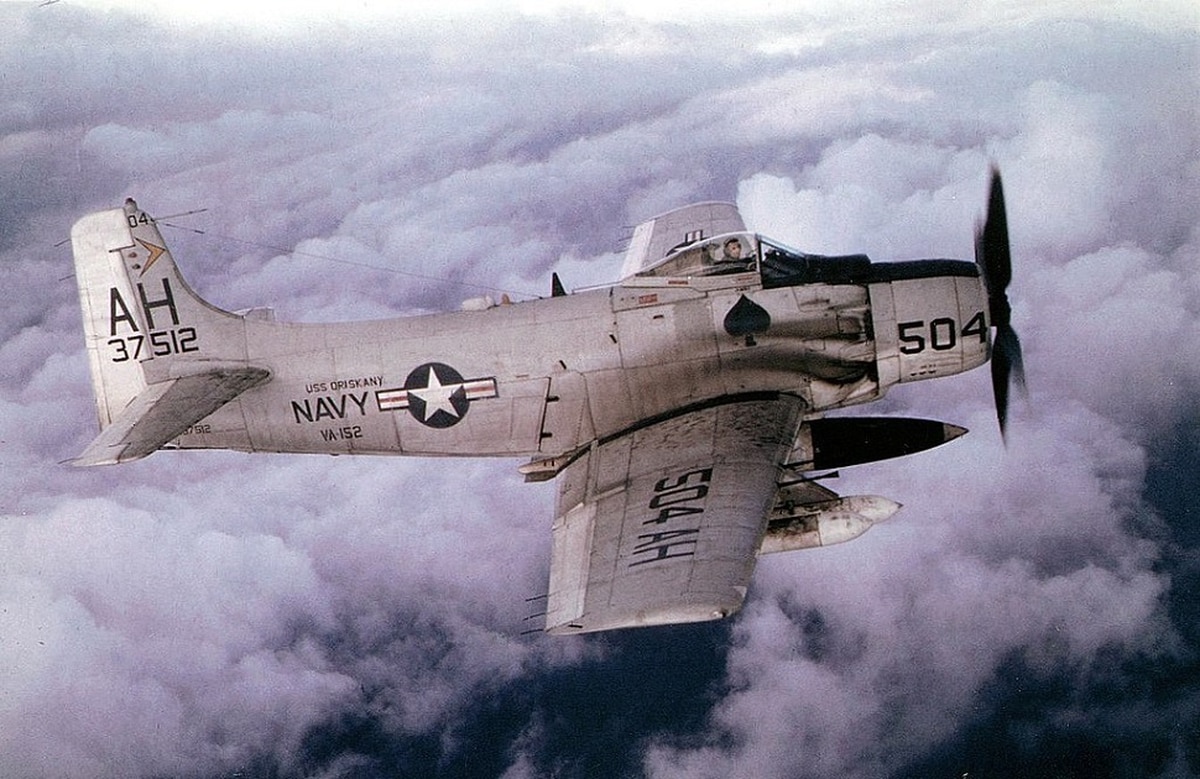 Three and a half months after the first American combat troops, two battalions of Marines, waded ashore without resistance at Da Nang, U.S. Air Force jet pilots learned they wouldn’t have it so easy.

On June 20, 1965, a McDonnell F-4C Phantom II was hit by a Mikoyan-Gurevich MiG-17 near Ta Chan in northwest North Vietnam and became the first Phantom shot down in the war. The pilots of two MiG-17s from the North Vietnamese 921st Fighter Regiment thought a force of America’s most advanced combat aircraft would arrive to rescue the downed plane’s crew. Instead, they met ghosts out of the past: four gleaming white, straight-winged, single-seated propeller planes, Douglas A-1H Skyraiders of U.S. Navy attack squadron VA-25, “The Fist of the Fleet,” off the carrier USS Midway in the Gulf of Tonkin.