MERKEL CAVES IN: Germany 'to offer to scrap EU tax on cars' in Trump victory 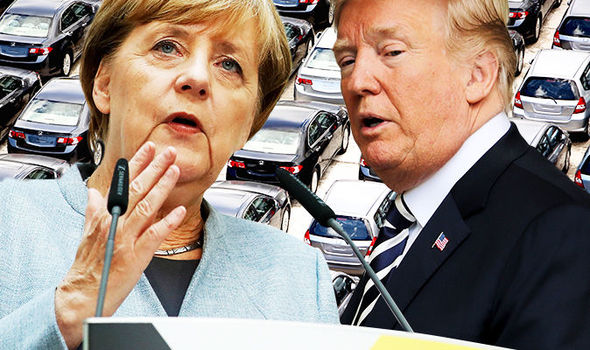 ANGELA Merkel appears to have caved in to Donald Trump with Germany considering scrapping the European Union’s 10 percent tax on American car imports.

President Trump’s ambassador to Germany, Richard Grenell, has held high-level talks with German car makers BMW and Volkswagen about dropping car tariffs between the US and Germany.

The manufacturers said they were open to the idea of dropping tariffs as long as it was part of a larger overall industrial scheme.

This comes as trade relations between the EU and US become increasingly tense, with Mr Trump infuriating those in Brussels by slapping huge tariffs on European steel.