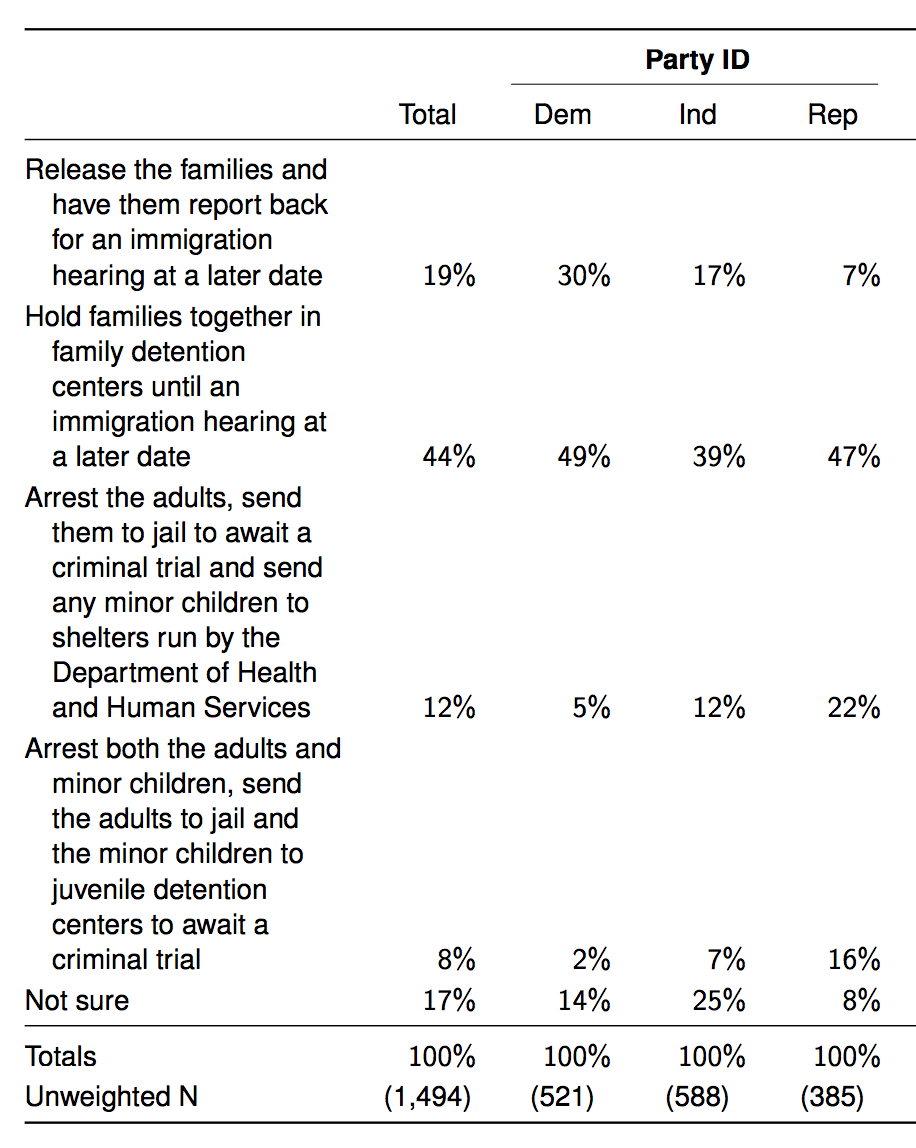 Democrats are converting their emotional protests against “family separation” into unpopular calls  for the catch-and-release of many Central American migrants into ordinary Americans’ jobsites and schools.

The pre-election, pro-migration push is a huge risk, according to a poll by The Economist and YouGov which shows 3:1 public opposition to the Democrats’s catch-and-release policy. That opposition to catch-and-release was reinforced by President Donald Trump’s June 20 Executive Order to keep families together in detention until their appeal is decided by a judge.

The Economist/YouGov poll of 1,500 adults was taken in mid-June. It shows that only 19 percent of Americans prefer the Democrats’s call to “release the [migrant] families and have them report back for an immigration hearing at a later date.”

In contrast, 39 percent of swing-voters preferred the option of “Hold families together in family detention centers until an immigration hearing at a later date.” Another 18 percent favored separating the families and placing the children in shelters run by a government agency or in “juvenile detention centers.”