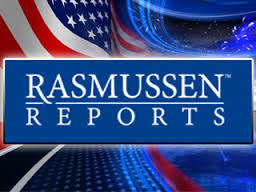 Most voters blame the parents of the separated children at the border for the latest illegal immigration crisis, not the federal government.

When families are arrested and separated after attempting to enter the United States illegally, 54% of Likely U.S. Voters say the parents are more to blame for breaking the law. The latest Rasmussen Reports national telephone and online survey finds that only 35% believe the federal government is more to blame for enforcing the law. Eleven percent (11%) are not sure. (To see survey question wording, click here.)

To help understand the current political debate over the children issue, a closer look shows that 82% of Republicans and 56% of voters not affiliated with either major political party feel the parents are more to blame for breaking the law. But 60% of Democrats say the government is more to blame for enforcing the law.

Seventy-five percent (75%) of Democrats think the Trump administration is too aggressive in trying to stop the flow of illegal immigrants into the United States, a view shared by only 23% of Republicans and a plurality (46%) of unaffiliated voters.

Fifty-four percent (54%) agree with President Trump when he says, “The United States will not be a migrant camp. And it will not be a refugee-holding facility – it won’t be.” Thirty percent (30%) disagree, while 16% are undecided.
Posted by Brock Townsend at Thursday, June 21, 2018