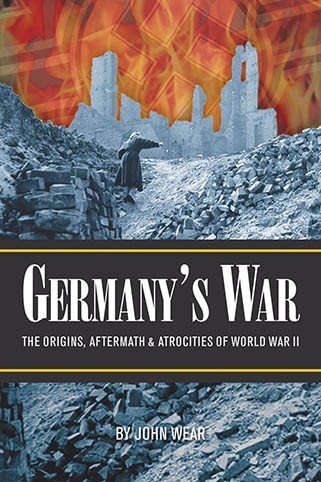 The Slaughter of Innocent Germans After WWII


Tante Marie (born in Richmond, married her German cousin, who held a doctoral degree of what we don't know,  and lived there through both world wars) was the aunt of my brother-in-law, a VMI graduate. My sister complied a book which has her correspondence with the Army, government and her brother in Richmond from 1945 until 1949 when she returned to this country.  There are many fascinating letters. She had more food during the war years living in Germany than she had the two years after when the allies were in control. Wrap your mind around that. Also, they were terrified of the Russians and one of her relatives lived through days of horrid Russian occupation, but after they left and she found that they were returning, killed herself and her children. Imagine the horror.

The Russian rapes caused many German women to commit suicide. The preferred form of suicide was poison, and most Berlin women seem to have been provided with poison before the Red Army arrived.

Senegalese and the French soldiers, drunk at night, would go from door to door until they found girls' names listed of any age they wished to rape... American provost marshal, Lt. Colonel Gerald F. Beane, said that rape represents no problem to the military police because 'a bit of food, a bar of chocolate, or a bar of soap seems to make rape unnecessary.'

Churches were frequently used by Russian soldiers to rape... In unending succession were girls, women and nuns violated... Not merely in secret, in hidden corners, but in the sight of everybody, even in churches, in the streets and in public places were nuns, women and even eight-year-old girls attacked again and again...

Most Frenchmen speak of the correctness of the German Army's behavior. They seem particularly impressed that German soldiers were shot for incivility to women and compare this with the American troops' bad behavior to women...