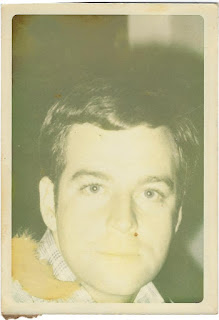 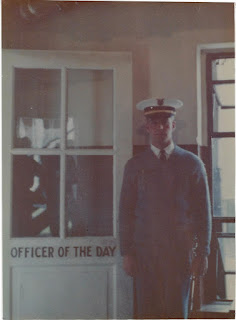 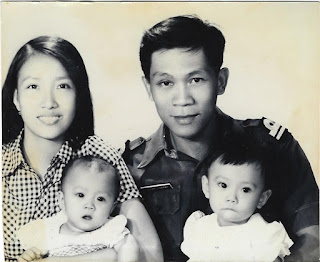 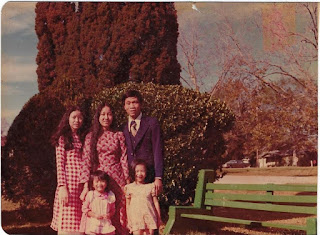 Relatives above two and the bottom picture is dated 1977. The parents seemed to have aged quite a bit. 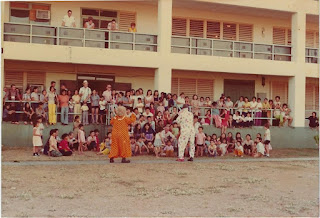 Clowns to cheer everyone up and it worked! Especially after we were told that it was possible Vietnamese without papers might be returned. Some of the American ladies who helped out had husbands who were B52 pilots and they said they wanted to go back if only given the OK. 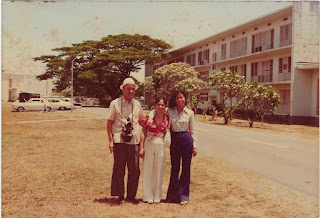 Above two Clark AF Base, PI April '75 the first stop after evacuation. Bob, Co and Thuy. 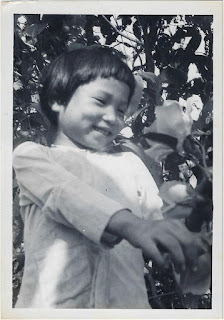 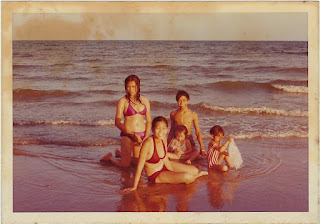 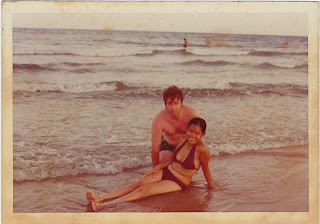 I believe the two above are in Vung Tau though I stand to be corrected. :) 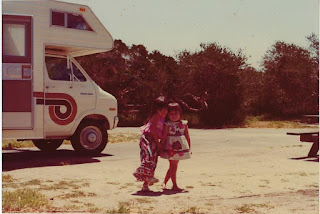 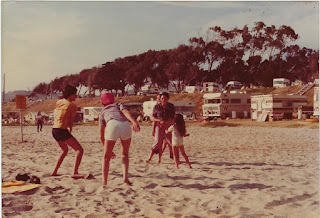 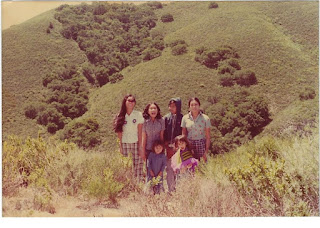 The three above at Camp Pendleton's San Onofre beach and campground May 1975. I bought the RV in northern CA where we landed after another stop at Wake Island and drove down. I was assigned to El Toro MC Air Station. 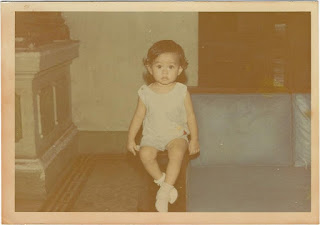 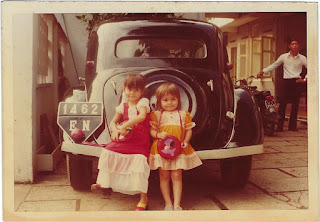 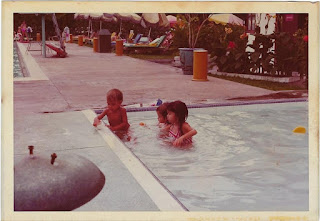 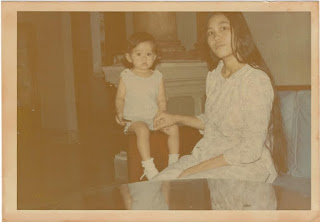 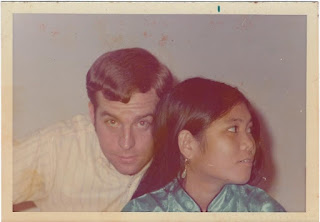 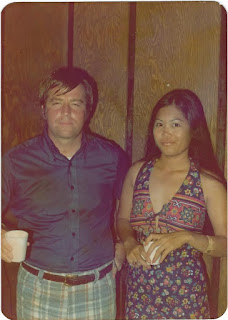 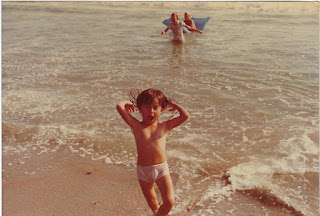 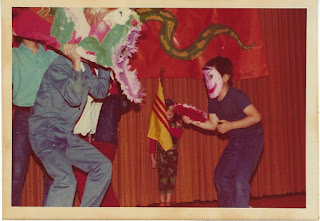 Virginia in her VNCH Ranger uniform holding the VNCH flag which I flew from my boat. This was at Las Palmas Elementary School, San Clemente where Thuy helped out with ESL as many Vietnamese ended up at Camp Pendleton 1975.
Posted by Brock Townsend at Wednesday, July 04, 2018