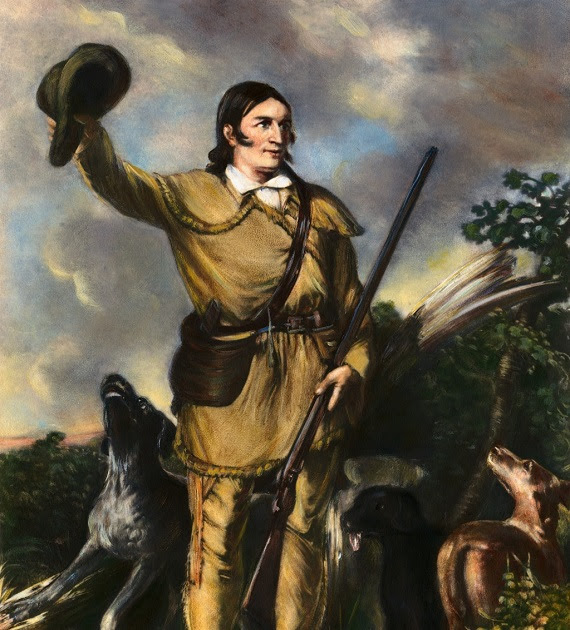 I had a Davy Crockett lunchbox. :)

and is presented here in honor of Crockett’s birthday, August 17.

The modern actor Billy Bob Thornton once said David Crockett in the film The Alamo was his favorite role. John Wayne played him, too. Every boy who grew up before the 1970s wanted to be Crockett. He was the “king of the wild frontier,” the man who wrestled bears and jumped rivers, the man with the sharpshooter’s eye who tamed the wilderness. He was larger than life; as one historian wrote, “His life is a veritable romance, with the additional charm of unquestionable truth. It opens to the reader scenes in the lives of the lowly, and a state of semi-civilization, of which but few of them can have the faintest idea.” Crockett was so popular because he was one of us, a common man without advantages who achieved great things on his own merit. He was the quintessential American.