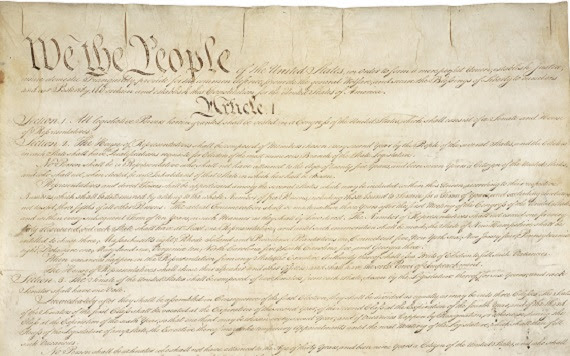 The PRIMARY accomplishment of his (Lincoln) revolution was a permanent national debt and to establish the federal government as the handmaiden of corporations, which has continued to this day.

The real U.S. Constitution, which was scrapped long ago, does not permit judges to be its final interpreters, executive orders, coercion of the people of a State by the federal government, delegation of control of the currency to a private banking cartel, the subsidy of private corporations, or calling the militia to active service except in case of invasion or rebellion and at the request of the State.

The Constitution should have been reverently buried long ago. Except that its rotting corpse provides lucrative pickings for lawyers and pseudo-respectable cover for power seekers. The central government has no check on its power that is not determined by the politicians in control of its various branches. They seldom check each other but frequently check the people and the States. The 14th Amendment, illegitimately promulgated in the wake of Lincoln’s revolution, has provided power seekers with everything they need to fulfill their limitless ambitions.