Huckabee lets loose on Flake: ‘Selfish narcissist’ who should ‘go hide in an elevator’ 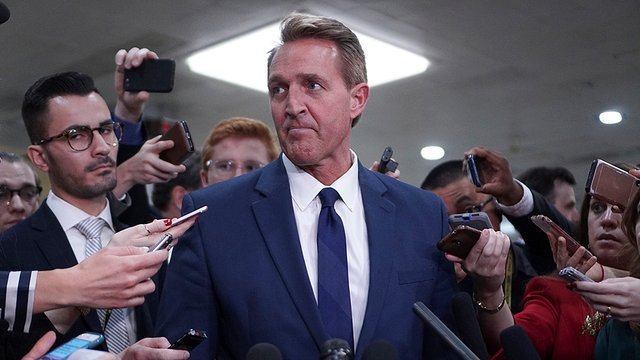 Former Arkansas Gov. Mike Huckabee (R) on Thursday tweeted his outrage with Sen. Jeff Flake (R-Ariz.) for vowing to oppose all of President Trump's judicial picks until there is a vote on legislation that would protect special counsel Robert Mueller.

"Flake is a selfish narcissist who would stop one of the few things he actually could do for his country-confirm responsible judges," Huckabee wrote. "His hate of @realDonaldTrump exceeds his sense of duty. His proposal is unconstitutional anyway."

"Good riddance!" Huckabee wrote of Flake, who is retiring in early January. "Go hide in an elevator!"