OUT OF TYRANNY FREEDOM WAS BORN 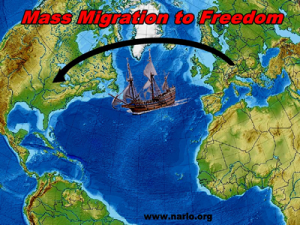 Individuals and families came because they were being religiously and economically persecuted in what had become tyrannical old Europe. They left their homes of a thousand years to settle in this new land called America. The risked everything to come for freedom. Some would never reach the shores of America and died on the voyage.

They found a pristine land and began to tame it.  They carved out the forests to grow their crops and build their homes.  They built churches to practice their faith.  They opened businesses to ply their trades.  They built public schools and colleges to bring education to the masses.  They built huge seaports to accommodate the great sailing vessels from all round the world.