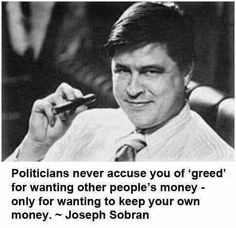 “The notion that Lincoln “saved the Union” is as naïve as the notion that he “freed the slaves.” The Union he saved was not the one he set out to save. The Civil War destroyed the “balance or powers” between the States and the federal government which he had promised to protect in his 1861 inaugural address.

This was not Lincoln’s intention, but it is the reason many of his champions praise him. James McPherson celebrates Lincoln’s “second American Revolution”; Gary Wills exults that Lincoln “changed America” with the Gettysburg Address, which he admits was a “swindle” (albeit a benign one).

In other words, Lincoln’s war destroyed the original constitutional relation between the States and the federal government. His own defenders say so – in spite of his explicit, clear and consistent professed intent to “preserve” that relation.

The Civil War wasn’t just a victory of North over South; it was a victory for centralized government over the States and federalism. It destroyed the ability of the States to protect themselves against the destruction of their reserved powers.

Must we all be happy about this? Lincoln himself – the real Lincoln, that is, – would have deprecated the unintended results of the war. Though he sometimes resorted to dictatorial methods, he never meant to create a totalitarian state.

It’s tragic that slavery was intertwined with a good cause, and scandalous that those who defend that cause today should be smeared as partisans of slavery. But the verdict of history must not be left to the simple-minded and the demagogic.”