Memorial Day On Memorial Day, when we honor the fallen of the many wars throughout our short history, it seems inconceivable that we should have to defend the freedoms for which they have given their lives.

It would be one thing to consider that the enemies of freedom are merely seeking a better way, a more just, more humane way of dispensing government and surely, there are many who are seduced by this proclamation, but it is untrue and deviously contrived to convince the unwitting. But, there are many more who are willingly engaged in this deception, who understand and endorse the collectivist agenda.

This is a fight begun in the shadows of the great European powers. It is a fight against the construct of master and servant, lord and peasant. The meaning of the United States is the idea of a nation organized, built, defended and administered by the people themselves offering each an opportunity to take whatever part they might choose.

The ideal, to those colonists seeking to build a nation, was to be freely engaged in commerce; to plant crops; to husband livestock; to build houses; to forge tools and equipment; to engage in trade and shipping. Administration of the local government: sitting in committee; organizing projects and selling bonds was a necessary duty to further enable the other endeavors. It was an obligation and resented as time taken away from those labors that supported the family, built the business and laid in supplies against winter and drought. Defense of the home, the state and the nation was a product of those same obligations. For decades the citizens carried all of these burdens through civilian dedication to the system of self-government. Somewhere along the line, there is no clear demarcation, we began to hire professionals to do the work of the citizen. We stopped trying to figure out how to operate larger bureaucracies, more complicated economies and national defense by a volunteer corps.

There was a lot of interest in a professional government and whether that was by design or circumstance means little, it has led us to this: a government intentionally subverted by its employees. In effect, people hired by the people to subvert the system that benefits the people. But, they have taken that one step further, to not only subvert the system, but to replace it with a soviet system. This, to the apparatchiks, is better for them to not have to care about the people, or what they vote for. Any vote can be written off as the ignorant and foolish making bad decisions, decisions the apparatchiks can nullify through procedure and interdepartmental rules. This works at the local DMV as well as it does at FBI Headquarters.

So, on this Memorial Day, when we honor those who have fallen defending the nation, the republic, the Constitution or just their homes, it must be reflected against the harsh reality that while some fought and died to preserve freedom, others in the same government, at the same time, cashed paychecks for working against it. We have allowed propaganda to set policy and lies to become culture.

The newsletter is available by sending an email to tld@tldavis.com and placing in the subject line newsletter or subscribe. The books and film presented above are available in various forms via links at tldavis.com. 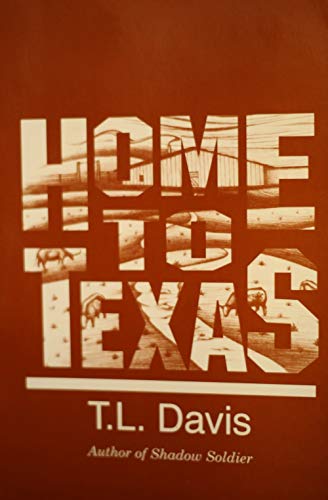