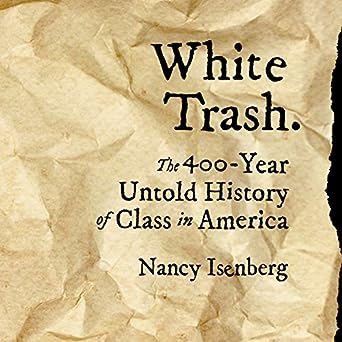 The Little Rock episode of government force used in the integration of Arkansas schools caused little damage to Governor Orval Faubus as he easily secured reelection in 1958, and served three more terms.

Hollywood used Little Rock to advance their stereotypes of the Southern citizenry, with “A Face in the Crowd” described below, “To Kill a Mockingbird,” and “The Man in the Grey Flannel Suit.” In the latter two paint a damning picture of poor Southern white people with the Ewell’s depicted as untrustworthy “poor white trash”; Gregory Peck provided “a pale imitation of the primal Cajun doing his dance to drumbeats.” “Redneck” and “white trash” were often used interchangeably; “hillbilly” was waiting in the wings if the other two did not suffice.
www.Circa1865.org  The Great American Political Divide

“Little Rock was the most important domestic news story of 1957. It transformed the Central High neighborhood into a newsroom, attracting reporters from the major newspapers, magazines and television networks. By the end of September, the number of press people had grown from a handful to 225 highly visible journalists and cameramen. The standoff between the courts and the governor – the “crisis” environment swirling around the school grounds – grabbed the world’s attention.

The media easily slipped into Southern stereotypes, depicting “many in overalls,” “tobacco-chewing white men,” or as one New York Times article highlighted, a “scrawny redneck man” yelling insults at the soldiers. Local Arkansas journalists similarly dismissed the demonstrators as “a lot of rednecks.” Unruly women who stood by became “slattern housewives” and “harpies.” One Southern reporter said it outright: “Hell, look at them. They’re just poor white trash, mostly.”

In Nashville, mob violence erupted that same month after the integration of an elementary school. There, a Time [magazine] reporter had a field day trashing the women in the crowd: “vacant-faced women in curlers and loose-hanging blouses,” not to mention a rock-throwing waitress with a tattooed arm.

These were all predictable motifs, serving to distance rabble-rousers from the “normal” good people of Arkansas and Tennessee. By 1959, the Times Literary Supplement acknowledged that it was the “ugly faces” of “rednecks, crackers, tar-heels and other poor white trash” that would be forever remembered from Central High.

In the same year that Little Rock consumed the news media, Hollywood produced a feature-length film that capitalized on the redneck image. Starring Andy Griffith and directed by Elia Kazan, A Face in the Crowd was . . . “a dark drama that followed “Lonesome Rhodes,” a down-and-out man discovered playing guitar in an Arkansas jail, and traced his rapid rise into the national limelight as a powerful and ruthless TV star.

For reviewers, Griffith’s performance was a cross between Huey Long and Elvis Presley – a hollering, singing “redneck gone berserk with power.”