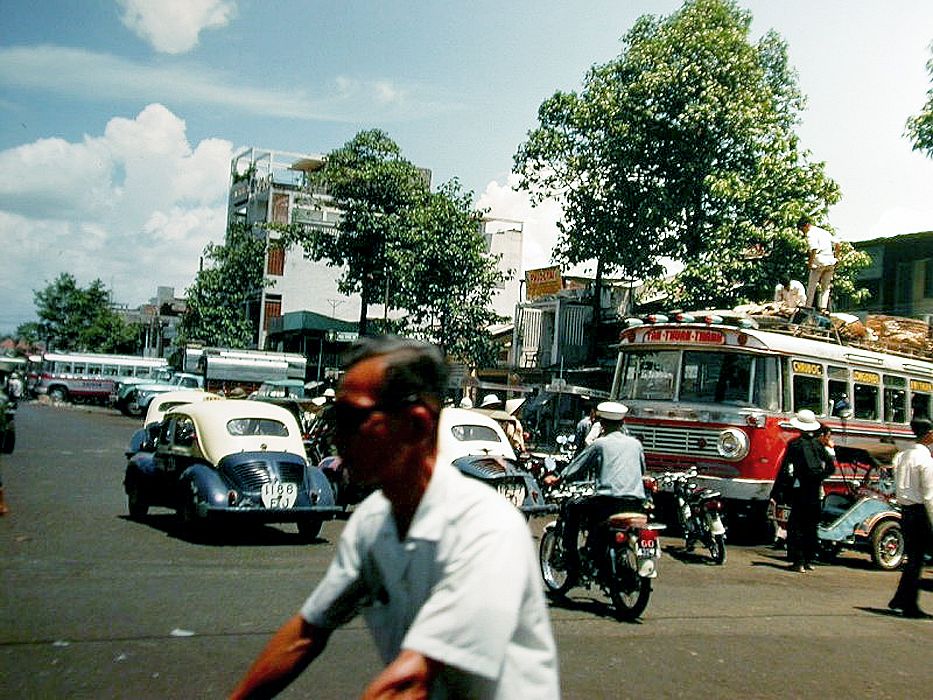 Have you ever wondered why a fascination about old images is encoded in our blood? Tattered family albums, tiny Polaroid shots, a roll of undeveloped film — these have great potential to surprise us with vivid reminders of how quickly things change and how transient the subjects of our past were.

These film photos were taken in 1966 by American serviceman Rich Krebs, who inadvertently preserved the collective memories of a generation of Saigon residents in his passing shots. Krebs’ photos are no technical marvels; one might say that his images could pass for those in the camera roll of today’s casual smartphone owners. Except, they are special merely for the fact that they might be the only visual record of buildings, people and landmarks that have ceased to exist otherwise — Chi Lang Park, Saigon’s evenly flat skyline, and even water towers.

Have a closer look below: