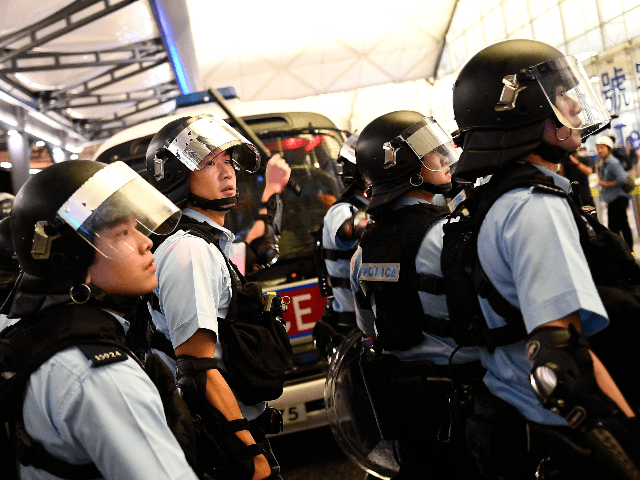 CNN International reported, following the police operation that reporters witnessed at least four arrests and that officers appeared to be targeting specific people. To get through the protesters, police used pepper spray and batons to push back the crowd. According to an official statement from Hong Kong police, airport officials requested that the riot officers enter the airport to rescue a man who protesters had apprehended and accused of being an undercover police officer. The South China Morning Post also reported that the airport received a court injunction requesting police remove the protesters from the premises, though Hong Kong police did not issue an official statement to that effect and officers left without clearing out every protester.