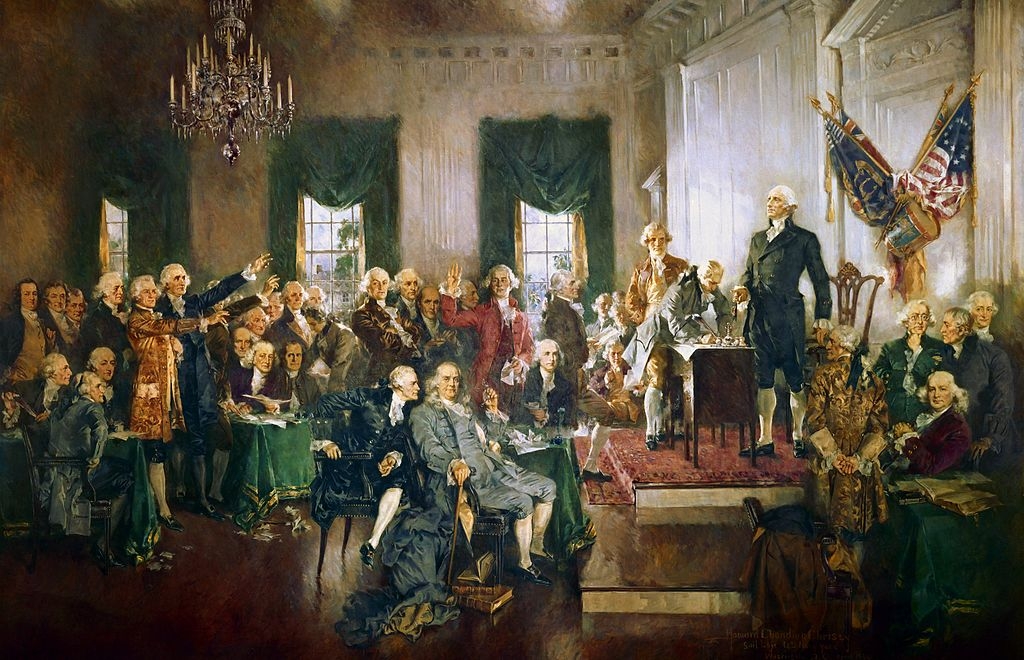 The constitutional power to impeach a duly elected president was intended by the Framers of the Constitution as a neutral, non-partisan tool of last resort to be used against only criminal incumbents in extreme cases. Pictured: Scene at the Signing of the Constitution of the United States, oil on canvas, by Howard Chandler Christy, 1940. (Image source: The Indian Reporter/Wikimedia Commons)

To be impeached, a president must commit a crime (misdemeanor is a species of crime) and the commission of that crime must also constitute an abuse of office. An abuse of office without an underlying crime is a political sin, but not an impeachable offense.

This very issue was debated at the Constitutional Convention, where one delegate proposed "maladministration" as the criteria for impeachment and removal of a president. James Madison, the Father of our Constitution, strongly objected on the ground that so vague and open-ended a criterion would have the president serve at the will of Congress and turn us from a Republic with a strong president into a parliamentary democracy in which the chief executive can be removed by a simple vote of no confidence. Instead, the Convention adopted strict prerequisites for impeachment: treason, bribery or other high crimes and misdemeanors.

Congress is not above the law. It is bound by what the Framers accepted and cannot now apply the criterion the framers explicitly rejected.

Most important, misusing the impeachment power in a partisan manner would pose, in the words of Hamilton, "the greatest danger" to our Constitution.