150,000 immigrants from 72 nations with coronavirus stopped at border 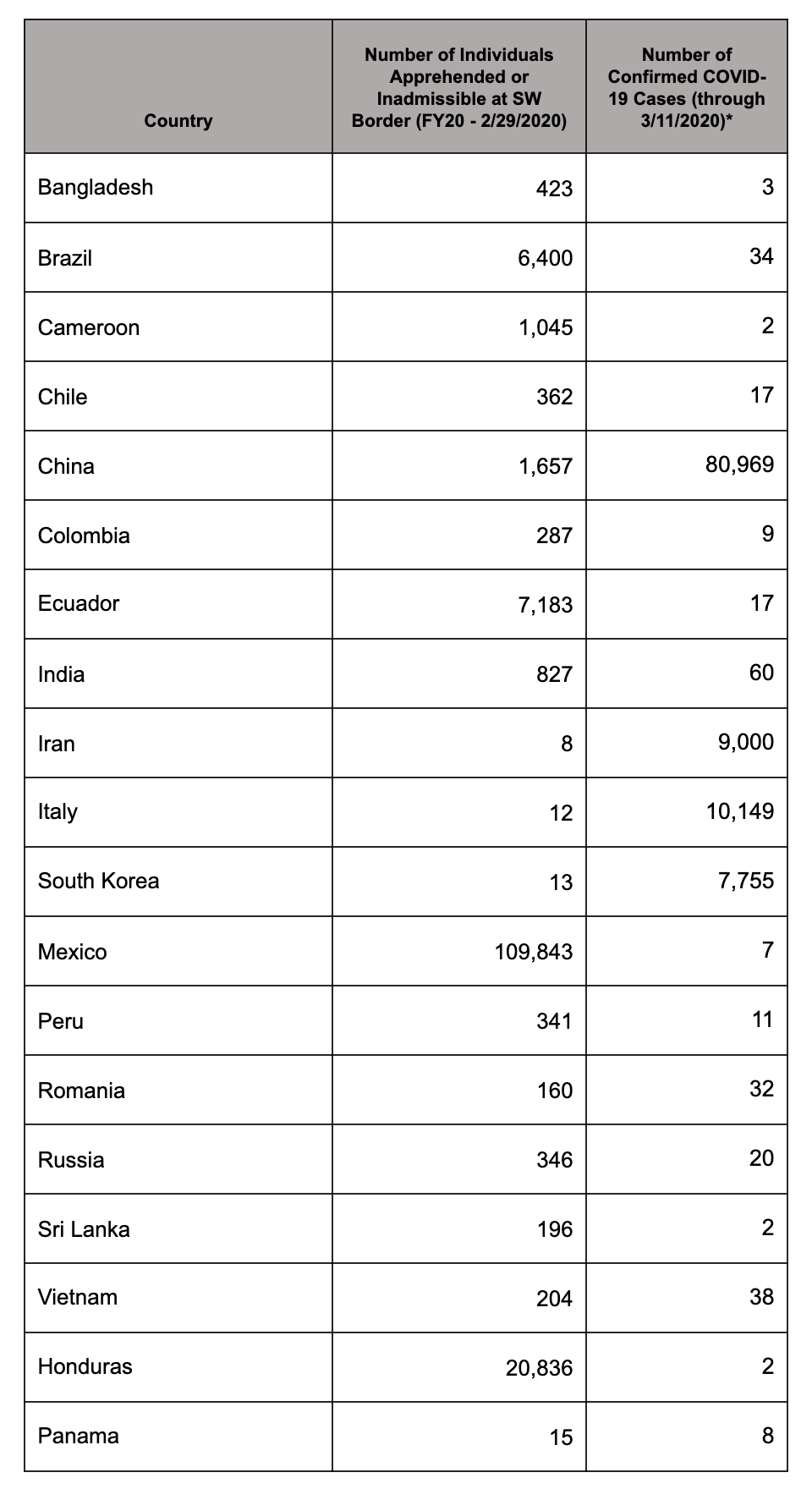 Some 150,000 illegal immigrants from 72 nations with cases of the coronavirus have been apprehended or deemed inadmissible from entering the United States since November, raising the ongoing border crisis to a potential public health threat, according to officials.

New figures provided to Secrets show that over half of the nearly 300,000 illegal immigrants apprehended or deemed “inadmissible” this fiscal year came from nations with cases of the coronavirus, including China, Italy, Iran, and Sout. Korea

The administration has been bracing for a federal court decision that would junk its “remain in Mexico” policy and open the doors on the southwest border. But the U.S. Supreme Court Wednesday put that on hold as legal arguments on both sides continue in the liberal 9th U.S. Circuit Court of Appeals, which oversees Arizona and California.