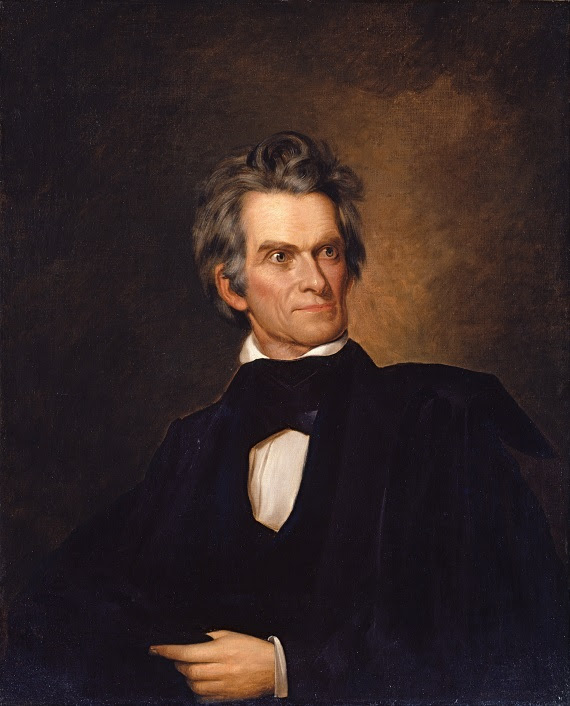 Indeed he was, as I remember my Mother's words.

Born in 1782 near Abbeville, South Carolina, Calhoun’s educational opportunities were limited, albeit advanced by the occasional tutelage offered by his brother-in-law, Reverend Moses Waddel.

After his parents’ death and a period of self-education, Calhoun entered Yale College, studying under the arch-Federalist Dr. Timothy Dwight. He proceeded to study law for two years under Judge Tapping Reeve at the Litchfield Law School, the most prominent institution devoted to legal training during this period. Returning to his native South Carolina to practice law, a pursuit he considered “both dry and laborious,” Calhoun was married and served two terms in the South Carolina Legislature until elected to the U.S. House of Representatives in 1811. As a congressman, Calhoun continued to embody republican principles and acquired the reputation as a moral statesman who regarded republicanism and patriotism as synonymous: he supported the War of 1812; he revised Madison’s original national bank proposal and backed limited internal improvements; and he continued to praise a free economy and a regime founded upon “reason and equity” that was surrounded by a world of “fraud, violence or accident.”