Dr. Birx: Any Lack Of Preparation Due To ‘Significant Amount’ Of Missing Data From China 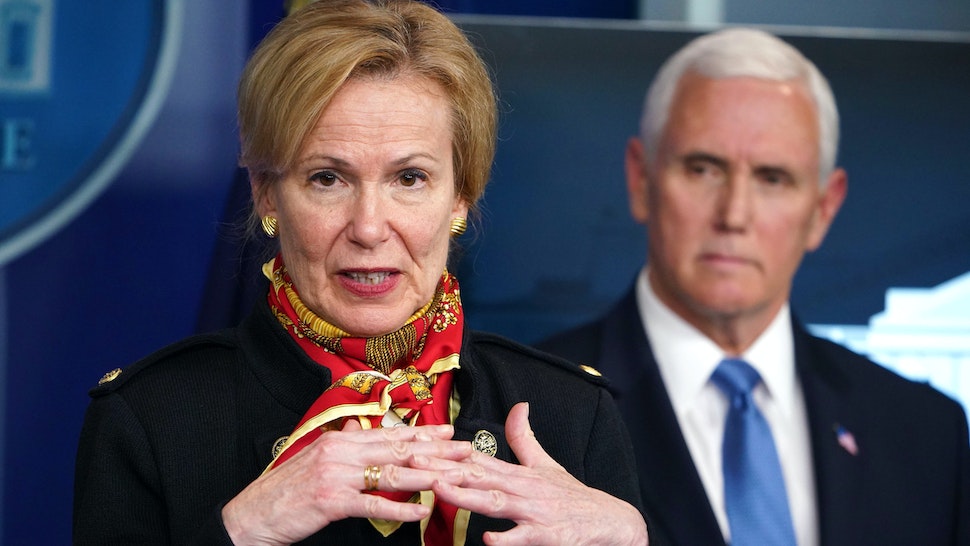 White House Coronavirus Response Coordinator Dr. Deborah Birx indicated on Tuesday that any lack of preparation from U.S. officials on dealing with the coronavirus outbreak happened because we were likely “missing a significant amount of the data” from China.


An article in the journal Science estimates that 86 percent of Hubei’s cases were undocumented by the time authorities extended the lockdown to Wuhan and other cities on Jan. 23.
It is also likely that officials reported lower numbers of deaths from covid-19, the disease caused by the coronavirus. Especially once the central government’s propaganda mission to win the “people’s war” against the virus became clear, numbers shifted to achieve that vision. Such shifts would probably be subtle — not hundreds or thousands of hidden deaths, but instead excluding deaths that could be attributed to other types of pneumonia or heart failure, for instance.