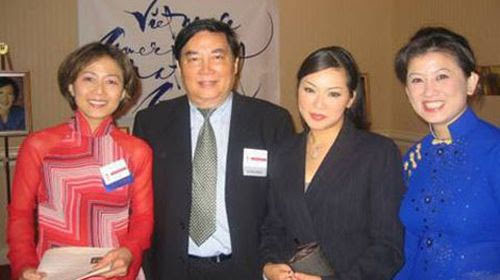 Businessman Tran Dinh Truong passed away at his home and business, Hotel Carter,
on Sunday, May 6, 2012.

Amid the chaos of the fall of Saigon, no one noticed the young man dressed in rags making his way to the port, carrying suitcases.

He was, after all, one of many trying to flee the South Vietnamese capital as their communist neighbors to the north took over the city on April 30, 1975.

The secret of the suitcases — stuffed with $7 million in cash and gold — became a uniquely New York story: the money belonged to Truong Dinh Tran, a shipbuilder who ended up one of Manhattan’s most notorious hoteliers, whose violent, drug-ridden Hotel Carter in Times Square was the filthiest in the city, three years running.

The man carrying the bags wasn’t Tran. It was James Dau, who was “adopted” by Tran in 1960, when he was just 11. By the time they fled Saigon, the 25-year-old had lived a life by Tran’s side.

Over the next four decades, Tran turned the money into a $100 million fortune that his 14 children and four wives have squabbled over for years since the 80-year-old died in 2012 without a will. They each stand to inherit between $2.5 million and $3.3 million.