The Democrat Party By Definition 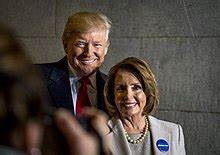 I imagine this will be the last picture taken together. :)

Here at 12 Round, we are not trying to take either political side. It is known that the Democrats are a bigger threat to freedom and capitalism than the Republicans, but it is a narrow lead. All elected officials see their constituents as tax cattle or tax chattel, either one works for the purposes of making the point.

But, every couple of years we have to hear the Democrats call their opposition every rude name in the book, endure lies and even threats, such as Bernie's campaign staffers talking about putting Republicans into re-education camps. No one thinks that is really going to happen, but it does demonstrate the freedom with which they believe they can suggest it without the media, other campaigns or their leadership calling them out on it, either. That is unnerving. A Republican who suggested such a thing would be denounced immediately, run out of town, never to be seen again.