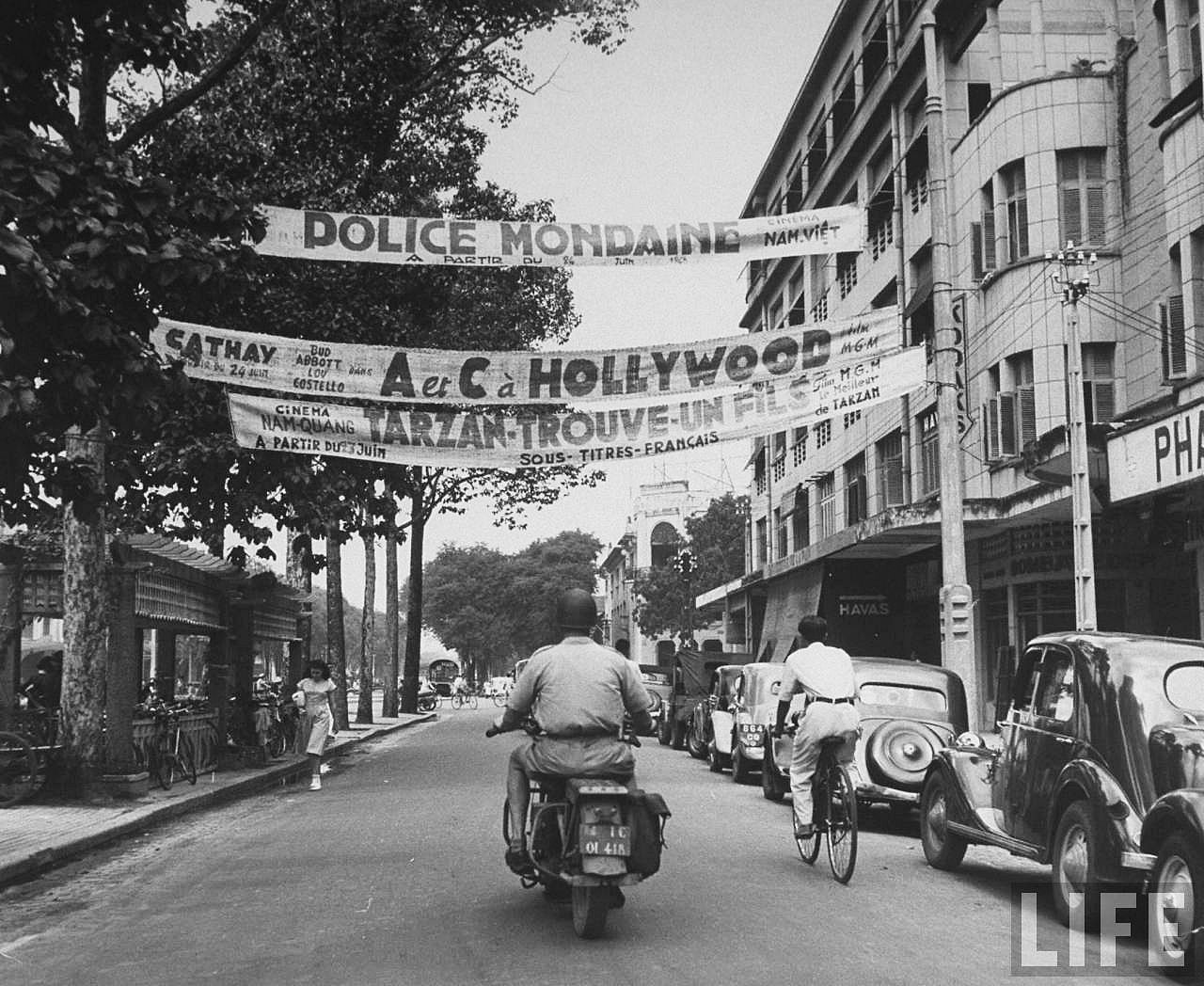 "Photography takes an instant out of time, altering life by holding it still." — Dorothea Lange


Jack Birns' series of photos of Saigon taken in 1948 capture the French colonial intrusion into Vietnamese life, creating interesting visual dichotomies. Birns, an American photographer, took pictures in several Asian countries in 1947 via a contract from LIFE and three cameras.

The set of photos by Birns taken in Saigon reveals a mish-mash of traditional Vietnamese imagery along with the French influences on the city. The snaps include women posing with palm trees and strolling in the park, their floral and polka-dot printed áo dài billowing gently; in another image, a woman can be seen buying shoes from a street display wearing an a-line skirt and high-heels.