This person is NOT a descendant of General Robert E. Lee 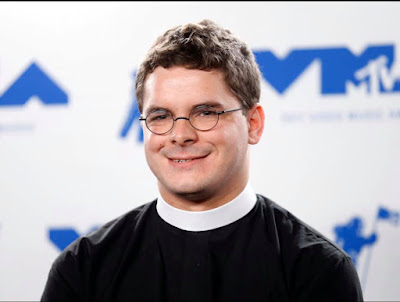 The person pictured above is Rev. Robert “Wright” Lee IV who has been representing himself as a 4th great nephew of Robert E Lee.

Perhaps you saw him speak when Virginia Governor Northam announced the statues along Richmond’s monument avenue were to be removed.  Perhaps you saw him on The View or heard him on NPR or even at the VMA Awards in Los Angeles.  The point is, he is making a career over denigrating the reputation of General Lee and doing so with the false claim of being related.

Here are the facts.  Like his father, grandfather and great grandfather, they all were named Robert Wright Lee, and they were all from North Carolina.  His 2x great grandfather was John Osborne Lee from Alabama as was his 3x great grandfather Robert Scothrup Lee.  His 4th great was William Lee of Georgia.  If anyone knows the genealogy of R.E. Lee you’d know that none of these men were related to the Lee’s of Virginia and certainly not R.E. Lee.

The Lees of Virginia DNA Project does not have any of these (the Reverend) men in R.E. Lee’s line and even when looking at the obituaries of John Osborne and Robert Scothrup, neither mentions a relationship with the R.E. Lee family. The bottom line is, this guy is a fraud and everyone that respects and honors General Lee should not allow this guy to perpetuate his false testimony.
Posted by Brock Townsend at Friday, August 14, 2020