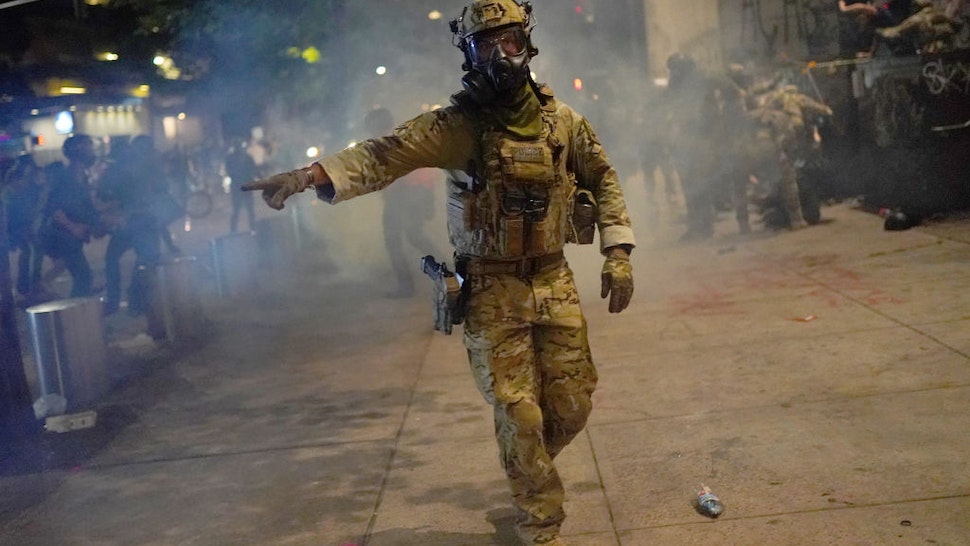 Oregon State Police who are now charged with keeping the peace in Portland and its surrounding suburbs have been “cross-deputized” by the federal government, a local news organization revealed Wednesday, meaning that those arrested by Oregon state police officers can be prosecuted by the United States attorney for crimes stemming from the ongoing unrest even if the local prosecutor refuses to.