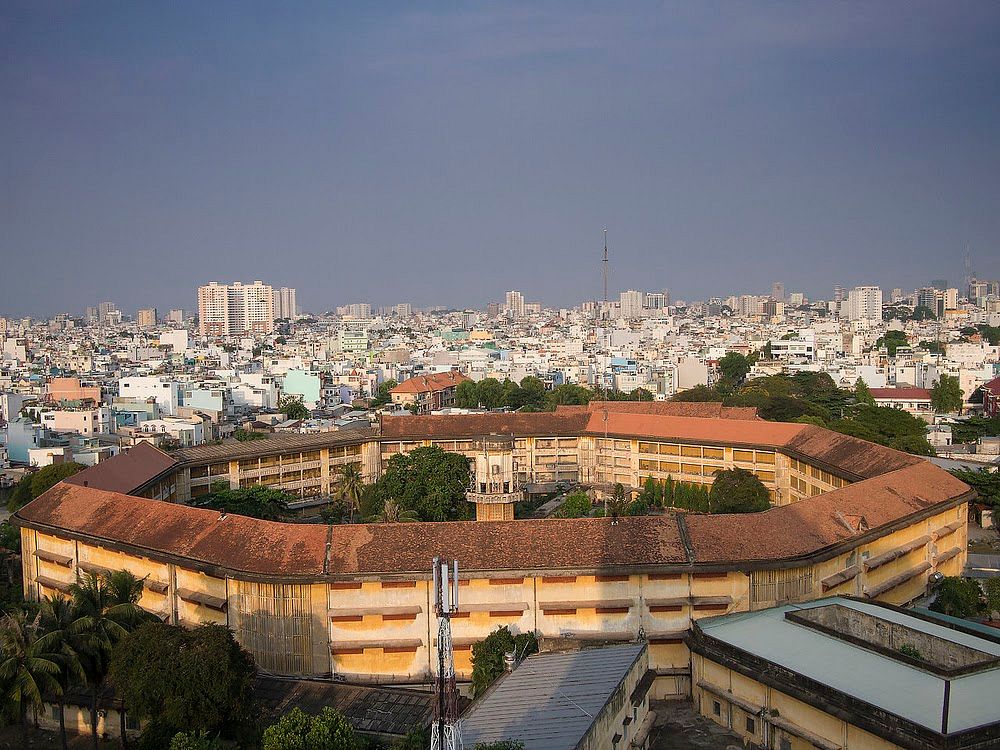 According to VnExpress, in 1943, to replace the Saigon Grand Prison, construction of Chi Hoa was initiated by the Japanese — who withdrew from Vietnam before its completion — and later finished by the French. On March 8, 1953, as the construction of the prison came to an end, the Saigon Grand Prison was demolished. Aside from a number of released prisoners, the remaining 1,600 were transferred, along with a guillotine, to Chi Hoa.