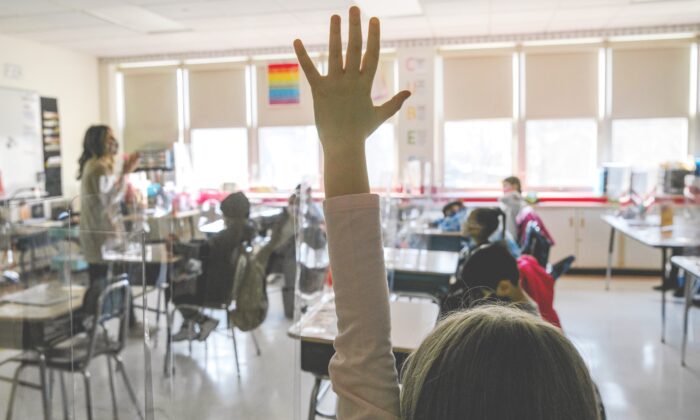 Conservative organizations that decide to support the “Civics Secures Democracy Act” because they think they might actually receive federal money will be “terribly disappointed.” The way the “bureaucratic hoops are being set up” means conservative and even moderate groups will likely be shut out of the grants process, Randall said.

A radical piece of legislation that sponsors say will “supercharge civics education” by devoting $6 billion to the left’s pet projects will, according to critic Stanley Kurtz, actually “supercharge” the “culture war by injecting it into the heart of federal education policy.”

The Biden administration is firmly behind this effort to further entrench what critics say is an ahistorical, politically slanted interpretation of American history and civics into the nation’s classrooms, where, in many cases, the writings of communist scholar Howard $inn, along with dubious revisionist material provided by the 1619 Project and the $outhern Poverty Law Center, are taught as objective truth.