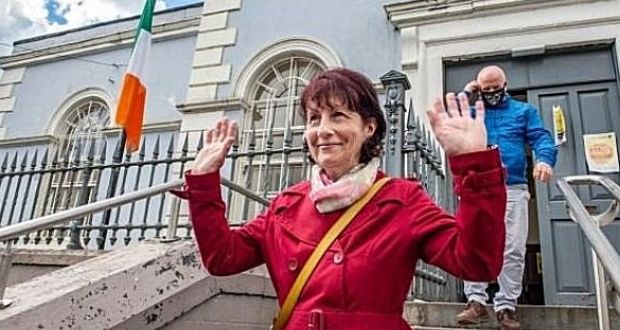 AN IRISH grandmother has been jailed for 90 days for repeatedly refusing to wear a face mask.

66-year-old Margaret Buttimer, from Bandon in County Cork, has appeared in court several times over her continued refusal to wear a face mask in a shop, which is mandatory to slow the spread of Covid-19.

In May of this year, Ms Buttimer was jailed for a weekend for continuously refusing to wear a mask, and also refused to wear one when she appeared before the judge, leading to her being jailed for contempt of court.