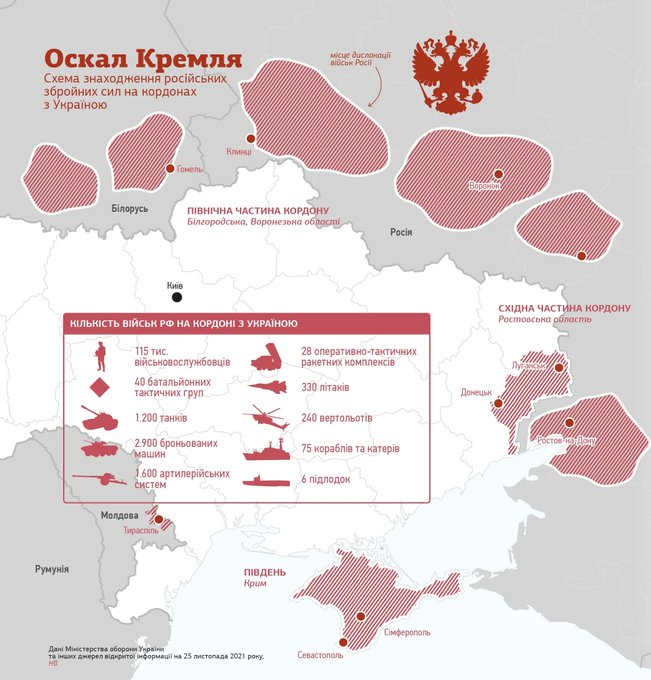 The fourth is the most unlikely scenario: A full scale invasion of Ukraine by Russia all the way to Kiev.  This is the nightmare NATO is considering.  And this is what is prompting all those scary warnings from Western governments. Russia knows NATO would have to respond in the event of a full-scale invasion.

The news media is beginning to catch up to what a lot of people know already: Tensions are getting hot over there in the Ukraine region.

Russia has built up its forces along the Russian/Ukraine border.  Ukraine is worried about an invasion or possibly a coup.  NATO is worried that Ukraine could fall and put Russian forces on the border of a NATO country.

All this against a backdrop of a weak United States that lost Afghanistan and can’t/won’t stand up to China.