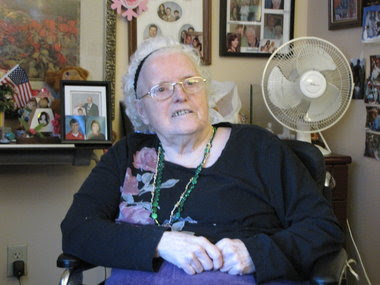 While enjoying her birthday cake earlier this month, Marilyn Wilson paused to ask whose birthday she was celebrating.

Wilson, 84, can't remember her birthday, but she was still able to register to vote.

But despite her inability to remember her date of birth, the 84-year-old with severe dementia was able to register to vote in the upcoming presidential election. She had help, of course, in this case from Magnolia Trace, the South Huntsville nursing home where she lives.

Because of her mental state, Mrs. Wilson's son, Jay Wilson, had his mother removed from voter rolls before the current election. So he was surprised when the Madison County Board of Registrars alerted him she had been re-added.

Wilson doesn't believe Magnolia Trace intended voter fraud or anything illegal when it re-registered his mother to vote, but he thinks it's improper to assist people in his mother's mental condition because it easily opens the chance for voter fraud in nursing homes.