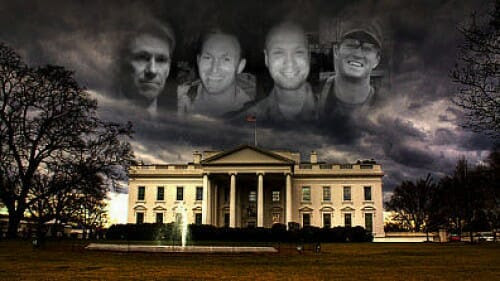 The heroes on the ground called for help – Obama did nothing.
It Was Dereliction of Duty

Sean Hannity was debating liberal Juan Williams Tuesday on the Benghazi massacre. Hannity revealed this on the audio tapes of Tyrone Woods begging for air support on 9-11,
“My sources tell me they’re pretty damning, Juan. They’re begging for help.”

Tyrone Woods was screaming for air support and Barack Obama did nothing.

Then he lied about it.

Hannity later said there are three tapes the Obama administration is holding onto including audio of Tyrone Woods begging for air support.