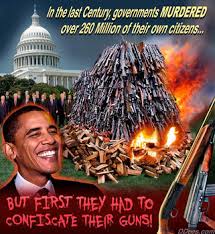 Calling the Second Amendment "obsolete," the Communist Party USA announced through its publication that it supports Obama's attempt to limit the right to keep and bear arms, Jim Hoft of the Gateway Pundit reported Thursday.

According to the People's World, the CPUSA mouthpiece, "the ability to live free from the fear or threat of gun violence is a fundamental democratic right" that it says supersedes what it called "any so-called personal gun rights allegedly contained in the Second Amendment."

"The Second Amendment is obsolete and now has been twisted to threaten the basic safety and security of all Americans," Rick Nagin wrote.

Nagin also went on to claim that the Second Amendment was only a tool used by "right wing extremists," and blames the NRA for every gun murder in the country.

"Having lost the 2012 election, these forces are now howling for utilizing 'Second Amendment remedies' to get their way," Nagin claimed, without providing any examples or citing any sources. He also falsely claimed that Fox News, the NRA and conservative talk show hosts have "goaded" such talk.