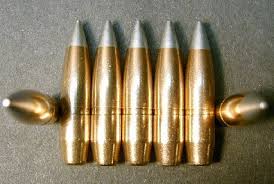 Give the administration credit for its creativity. The theatrical show President Obama and Vice President Joseph R. Biden Jr. are putting on in their effort to foist gun control on the public disguises a more subtle push to disarm America in the name of protecting cops. On Monday, Mr. Obama invited police chiefs from towns that have had mass shootings to the White House for a discussion on firearms and, more importantly, a photo opportunity.

The administration is harnessing the respect the public has for officers who keep them safe to undermine the Second Amendment. That’s why the White House’s “reduce gun violence” to-do list included a call for banning armor-piercing ammunition, or in the words Mr. Obama used in his Jan. 16 announcement, “bullets designed to inflict maximum damage.” After meeting with law enforcement last month, Mr. Biden called them “cop-killer bullets.”

Their concern is entirely imaginary, but effective in confusing Americans.  According to a Gallup poll last week, 67 percent of voters would support a new law banning possession of armor-piercing bullets by anyone other than the mlitary and law enforcement — even though ammunition of this sort has been banned under federal law for over 25 years.