20 Signs That The U.S. Economy Is Heading For Big Trouble In The Months Ahead 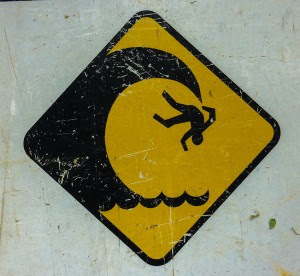 The following are 20 signs that the U.S. economy is heading for big trouble in the months ahead..

#1 Freight shipment volumes have hit their lowest level in two years, and freight expenditures have gone negative for the first time since the last recession.

#2 The average price of a gallon of gasoline has risen by more than 50 cents over the past two months.  This is making things tougher on our economy, because nearly every form of economic activity involves moving people or goods around.

#3 Reader's Digest, once one of the most popular magazines in the world, has filed for bankruptcy.

#4 Atlantic City's newest casino, Revel, has just filed for bankruptcy.  It had been hoped that Revel would help lead a turnaround for Atlantic City.

#5 A state-appointed review board has determined that there is "no satisfactory plan" to solve Detroit's financial emergency, and many believe that bankruptcy is imminent.  If Detroit does declare bankruptcy, it will be the largest municipal bankruptcy in U.S. history.

#6 David Gallagher, the CEO of Town Sports International, recently said that his company is struggling right now because consumers simply do not have as much disposable income anymore...


"As we moved into January membership trends were tracking to expectations in the first half of the month, but fell off track and did not meet our expectations in the second half of the month. We believe the driver of this was the rapid decline in consumer sentiment that has been reported and is connected to the reduction in net pay consumers earn given the changes in tax rates that went into effect in January."

More @ Before it's News
Posted by Brock Townsend at Thursday, February 21, 2013