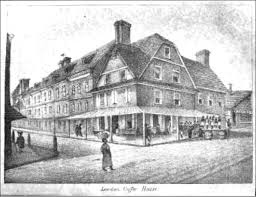 We’ve all seen a ton of ‘Civil War’ movies and docudramas that inform us that the noble Union army was a body of soldiers gotten together so they could go South and free the slaves held by those mean, nasty Southern plantation owners. And, of course, everyone knows that, in the South, everyone had hundreds of slaves that they gleefully beat every morning before breakfast, because, as we all know, that was how those mean Southern racists got their jollies for the day.

Well, what about slavery in the North? Oh, that wasn’t really worth mentioning – a manor house here or
there had an occasional black servant, but that was about it. So goes the standard line of propaganda we have all been fed over the past several decades.

Sorry to burst the bubble, folks, but the science of archaeology is busily giving the lie to such hogwash. Archaeologists have been busy digging in several places in the North, and guess what? They are finding Northern plantations that were operated by slave labor in the same manner as those in the South were.

The “memory hole” is being excavated!