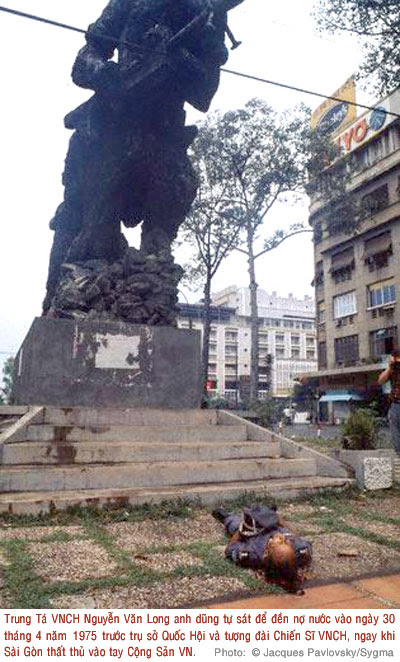 Saigon Police Lieutenant Colonel Nguyen Van Long marched to the Marine Monument [seen partially above] in downtown Saigon, saluted, stated "It is finished," then committed suicide, a single shot to the head with a .45. BT

(Shortly before he was executed after requesting to
salute the RVN colors with his uniform on before they killed him.)