Special Ops: Forces Were Available To Assist Americans Under Attack In Benghazi 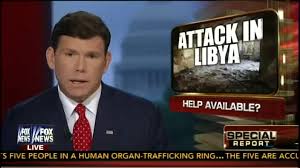 Fox News reports that despite the Obama Administration’s claim that there were no available troops who could have arrived in time to aid Americans under attack in Benghazi, a U.S. special operator says that is not true.


SPECIAL OPERATOR: “I know for a fact that C 110 CIF was doing a training exercise in the region of northern Africa but in Europe. They had the ability to react and respond.”

“They would have been there before the second attack. They would have been there at a minimum to provide a quick reaction force that could facilitate their exfil out of the problem situation. Nobody knew how it was going to develop, and you hear a whole bunch of people and a whole bunch of advisors say hey, we wouldn’t have sent them there because the security was unknown situation.”

“If it’s an unknown situation, at a minimum you send forces there to facilitate the exfil or medical injuries. We could have sent a C 130 to Benghazi to provide medical evacuation for the injured.”
Posted by Brock Townsend at Tuesday, April 30, 2013