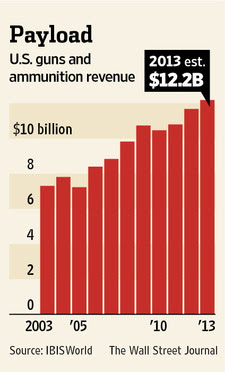 General Electric Co. GE +0.41% is quietly cutting off lending to gun shops, as the company rethinks its relationship to firearms amid the fallout from the school shooting in Newtown, Conn.

Duncan's Outdoor Store in Bay City, Mich., said he received a letter from GE Capital Retail Bank in which the lender said it had made "the difficult decision" to stop providing financing services to his store. Other gun dealers have received similar notices.

GE is at least the second big financial firm to retreat from the gun business following the school shootings, which claimed the lives of 20 first-graders and six adults in December.

Days after the killings, private-equity firm Cerberus Capital Management LP said it would try to sell the gun company it owns—Freedom Group Inc.— which makes brands including Remington, Bushmaster, Marlin and H&R.

The moves highlight how companies, closely attuned to the concerns of investors and employees, have reacted to public horror caused by the attacks, even as complicated political considerations doomed new gun-control legislation in the Congress.