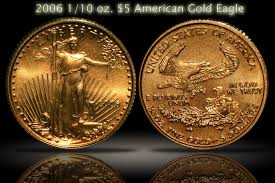 Sales of gold coins by the U.S. Mint are heading for the highest total since December 2009 after prices in New York had the worst two-day slump in three decades.

The mint said on April 23 it suspended sales of coins weighing a 10th of an ounce after demand more than doubled in 2013 from a year earlier. Shoppers from India to China and Japan joined consumers in the U.S. and Australia in the rush to buy jewelry and coins following a price decline that sent bullion into a bear market after 12 years of gains.

“The crash in prices has provoked huge new interest in physical bullion,” Miguel Perez-Santalla, a vice president at New York-based BullionVault, said in a telephone interview. “Our business last week was 250 percent more than a week before.”

The mint sells 22-karat American Eagles of 1 ounce, half an ounce, a quarter and a tenth of an ounce.
“The 1-ounce gold bullion coins are the most popular,” Michael White, a Mint spokesman, said
Wednesday.