Mayors for Illegal Activities: Another member of Bloomberg anti-gun group gets arrested

Via comment by Son_of_Liberty  on James Schiliro, Mayor Against Illegal Guns Arrested on Multiple Charges 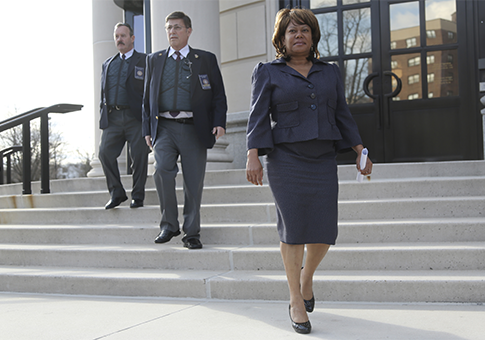 Jasmin and her deputy mayor, Joseph Desmaret, allegedly accepted financial benefits from a federal law enforcement agent posing as a real estate developer, in exchange for her pledge to support the developer’s company, according to a statement released by the FBI.

“In exchange for her vote awarding the real estate project to the company, Jasmin demanded a partnership interest in the company,’” said the FBI. “When the [undercover agent] later suggested that Jasmin have a 20 percent stake in the project, she replied, ‘Partnership is 50-50, right?’”

“[Jasmin] also coached two other individuals, whom she understood were associates of the [undercover agent] and who would pose as competing developers, but who were actually undercover FBI agents, on how to make their presentation to the Village Board. In addition, both Jasmin and Desmaret agreed to steer to the UC’s company the New York State funding for road work that Smith agreed to help the CW and the UC obtain,” continued the press release.

Jasmin and Desmaret both face up to 20 years in prison for five and six counts of mail fraud, respectively.