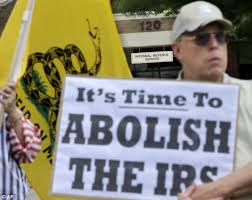 A lawsuit seeking "compensatory and punitive damages" from the Obama administration was filed on Wednesday by an organization representing 25 tea party and conservative groups that were targeted by the Internal Revenue Service.

"The only way to stop this flagrant and arrogant abuse of our clients' rights is to file a federal lawsuit, which we have done," Jay Sekulow, chief counsel for the group filing the lawsuit, the American Center for Law and Justice, told The Hill.

"The lawsuit sends a very powerful message to the IRS and the Obama administration -- including the White House: Americans are not going to be bullied and intimidated by our government."

According to the lawsuit, filed in federal district court in Washington, the groups faced "comprehensive, pervasive, invidious and organized" targeting and were denied their First and Fifth Amendment rights.