Everything You Were Never Taught About “The Great Emancipator” 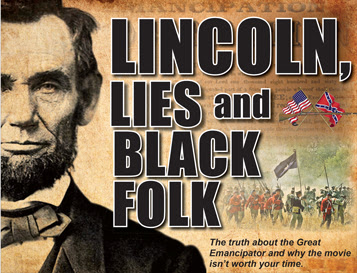 Despite being stretched for time in just about every aspect of life, I just can’t seem to help continually signing up for the great classes over at The Mises Academy. But after a lifetime of being “educated” by the “public” (government) education system, I’ve got a lot of catching up to do. Our nation’s schools veer away from any controversy over the most revered figures of the State, and you’d be hard pressed to find anyone more revered than “The Great Emancipator”, Abe Lincoln.

The standard tale of “Honest Abe” is that he was just a hard-working honest fella who made an unlikely run for the Presidency, freed the slaves and united the country before being brutally murdered while watching “Little Orphan Annie” (I may be foggy on some of the details.) This tale may provide us with warm and fuzzy feelings, but it doesn’t quite provide us with the truth about Lincoln’s presidency.

Let’s see what Wikipedia has to say: