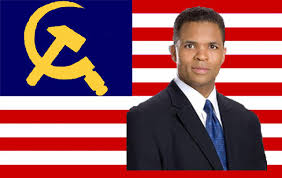 He's the POS responsible for turning our WBTS battlefields into a Marxist's dream.

Several of former Rep. Jesse Jackson Jr.’s (D-Ill.) constituents are asking a federal judge to show him no mercy when he hands down his sentence.
The charges of using campaign funds for personal use, which Jackson has pleaded guilty to, are worse than murder, Chicago resident Gregory Ritter said in a letter to U.S. District Court Judge Robert L. Wilkins.

“[M]urder would be a lighter crime, as these defendants have used the political hopes and dreams of the constituents as a blank check for deceit,” Ritter wrote. “The crimes of this magnitude are not like a traffic ticket.

“While the act of being a hypocrite is not punishable. The violation of this magnitude has made our democracy shiver.”

Jackson admitted to spending $750,000 worth of campaign funds on televisions, appliances, movie tickets and jewelry. His sentence is expected to be handed down July 1.

The former congressman faces up to four years in prison, but his lawyers have pleaded with Wilkins to show leniency. They note Jackson’s doctor has described him as being mentally unstable.

Some of Jackson’s onetime constituents say Wilkins should throw the book at him.

“The congressman comes from a prominent family and has been afforded the best education that a lot in our society has not,” wrote Tiny Hawkins, of Markham, Ill. “I am asking that you do the right by his constituents and treat him as you would any other person.”

She said Jackson “did absolutely nothing for our district for the time he served.”

Hawkins said that her mother had asked Jackson to talk with Markham Mayor David Webb about a drug problem in their neighborhood, but “he refused to do so.”

Martin Dettmer, a dentist in Wheaton, Ill., asked the judge to “apply the full force and limits of law allowed in sentencing.”