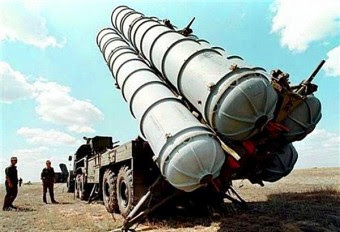 Israeli security sources said there is no information to support the Arab claim.

The information comes as the Wall Street Journal and the New York Times  reported Israel relayed a message to the Obama administration describing as imminent a Russian deal to sell the advanced anti-aircraft missile systems to Syria.

The S300 missile batteries are able to intercept manned aircraft and guided missiles.